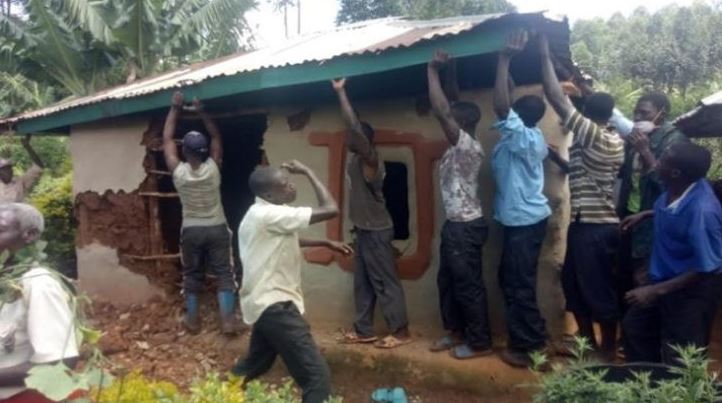 A 35-year-old woman from Kenyoni One Village in Kitutu Chache North in Kisii County has been banished from her in-laws’ community after she allegedly went on a cheating spree with her neighbours’ teenage sons.

While family members alleged that David Mageto’s wife was caught in compromising positions with teenage boys in the area, her mother-in-law Elmerita Kerubo accused her of being a divorcee who “pretended to be good” when her son was courting her.

“She presented herself as very kind and welcoming. At that time, she had just divorced her first husband. I urged my son to marry her. We followed traditional customs to bring her home.

“Immediately after we had paid dowry for her, she changed her character completely. She began engaging in sexual relationships with every young man or boy in the community. She’d paw at the boys the same way a cheetah would attack a deer.

“Every time she was summoned by the elders over her philandering ways, she would refuse to heed the calls. On three separate occasions, she was found in compromising positions with three different young men.”

Explaining why the lady was banished from the community Mageto’s brother, Jared Mayaka confirmed that they destroyed the lady’s house to symbolize that she is no longer needed.

“We have banished her from this community, we do not want anything to do with her. We have brought down her house to symbolise that she is no longer needed here.

“She was callous. She mistreated my brother’s children whom he got in the first marriage. She also ruined my brother’s life by constantly serving him alcohol.”

Mageto’s estranged wife left her matrimonial home on Monday evening (September 7) after she was excommunicated from the community. Her whereabouts remain unknown.

‘Arrest Me If You Can’ – Sunday Igboho Dares Governor Makinde